Christmas represents one of the most popularly heartfelt holidays, whatever the intent that animates the spirit is.

For Christians, apart from some Eastern Orthodox churches, Christmas is observed on December 25th and celebrates the birth of Jesus Christ (from here the word Christmas). However, to this Christian connotation a secular meaning has been added, for which Christmas is the holiday of families reunited, with the exchange of gifts, solidarity… and folklore figures such as Santa Claus.

And obviously in Italy, which is, is by definition a festive nation, Christmas is a treasured holiday. Actually…A famous Italian saying recites: L’Epifania, tutte le feste si porta via! (whose literal translation is “Epiphany, that all the holidays carries away”). Indeed, it’s precisely January 6th, the holiday of the Epiphany, that concludes a month of celebrations rich of Christmas spirit that bring with them centuries-old traditions and unforgettable moments for adults and children. 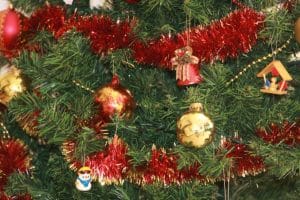 The holiday season in Italy begins December 8th with the feast of the Immaculate Conception. Thanks to the day off from work, families announce the imminence of Christmas by preparing their homes. Trees are adorned with small, colorful ornaments, lights, garlands, and sweets, that will hardly survive until Christmas day. Under the tree, in the following days and until Christmas’ Eve (December 24th), the much-awaited gifts will appear, and will eventually be shared with dear ones.

In the homes of young children, Santa Claus will deliver, during that magic night, the presents that they have earned. In some Italian regions, different traditions survive, where the Saints instead provide gifts for the kids. For example, in Bergamo, my hometown, the fable of Saint Lucy relives since time immemorial. The Saint, accompanied by her faithful little donkey, passes from house to house during the night of December 13th, and leaves the presents children asked for in a letter, previousl left in a church downtown dedicated to her. But be careful: if the Saint brings coal too, it means that some marachella (“mischievous trick”) hadn’t been forgiven yet! 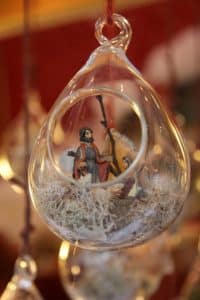 But the true, Italian Christian tradition, perhaps the most beloved, is the construction of the Presepe, or the nativity scene. Small or big, bought or crafted by hand, presepi are found not only in most houses all around the peninsula, but also in plazas and in countless other public places. On Christmas Eve, the little statue representing Baby Jesus is placed in the Presepe by the family together, as a welcoming gesture.

Christmas Eve and Christmas Day are the peak of the Holiday Season. The religious celebrations are very much observed but, in those two days, the attention is focused particularly to the culinary tradition. The preparation of the Christmas Eve feast and of the Italian Christmas lunch requires much time and care. Yet, you wouldn’t find many people that would renounce spending hours in the kitchen to flaunt dishes from their own upbringing tradition, shared then with the family and more.

And if for adults it becomes a celebration for the taste, for the kids is the day where they’ll remember the whole family around one table, from grandma proud of her stuffed capon, to the young child reciting the poem she learned in school, and to the youngest child with lips dirty of chocolate he deserved! Unforgettable memories too for people who, like me, now live far away from Italy.